A report released by the Center for Disease Control, CDC show that of all the adults examined in the United States, 12.1%, which is approximately 29.5 million people suffer from this condition. The percentage may seem small but considering its only in the US, the data is quite alarming. Furthermore, untreated Sinus condition easily spread to the brain.
The main question therefore arises, what can one do to help prevent sinus infection or treat those who are already diagnosed? Additionally, does salt therapy help cure or reduce allergic infections, sinusitis or prevent its occurrence?

The answer to all the questions is yes. Dating back in ancient times, salt has been known to have healing properties. Probably, you have heard about the Dead Sea salt, Himalayas pink salt or the salt baths which help cure respiratory conditions. The healing property associated with salt attracted great interest from scientist and has led to the development of salt pipes and halogenarators which are used to grind salt into minute breathable particles.

When the salty air is inhaled through the salt pipe, it fastens the natural healing and cleansing of the tissues lining the respiratory system. Additionally, it calms and brings a cool sensation to the cells lining. This completely eliminates inflammation and itching.

Involves a man-made cave set at a cool temperature, 20  and free from humidity. The 'cave' is equipped with halogenarators which grind salt into microscopic particles. The particles are the released in the room and then inhaled.

The salt therapy can also be done with salt mixed with water. There are a number of methods which include;

The salt helps eliminate sinus pressure and prevent it from recurring.

Chronic Obstructive Pulmonary Disease, COPD is an infection which results in the inflammation of the lungs that causes restricted airflow from the lungs. This makes breathing difficult, wheezing and increased mucus production. When exposed to poisonous gases, the chances of getting COPD are quite high. Treatment was conducted on 35 patients and the results recorded in the Saint George respiratory-questionnaire. The outcomes were really impressive as there was a significant improvement in the lifestyle of the patients.
There are no adverse side effects observed when using salt inhalers. When the air having salt particles spreads in the lungs, it does the following:

When administered appropriately, salt therapy will not only do the above-mentioned treatment but will prevent the development of lung cancer, heart attacks, depression, high blood pressure, and complicated respiratory diseases.

If you are suffering from COPD, traditional medicine, supplemental-oxygen treatment or lung transplant may not suffice. Many patients have benefited from salt therapy. After salt therapy, symptoms related to COPD have been known to subside for up to 12 months!

Salt therapy does not involve flushing a saline mixture into the respiratory system. The dry method has been invented. This is done in a man-made cave which is humid free and is set at 20. One session can last between thirty and forty minutes. Salt particles grounded by halogenarator are introduced in the room where they are inhaled by persons undergoing therapy.
The effects of the salt on your respiratory system which includes the lungs, nostrils, throat and the voice box are the same as when placed on the skin. Salt is known to absorb pathogens and bacteria-causing infections. The process breaks large mucus production and reduces inflammation resulting in clear breathing airway.
Salt produce negative ions and when introduced to the body, they stimulate the body which releases adequate serotonin, a chemical responsible for the feeling of happiness.
When undergoing salt therapy, ensure you are dealing with specialized personnel who can handle emergencies. Halotherapy is known to treat Sinus, COPD, allergic symptoms among others but uncontrolled intake, especially among patients suffering from asthma can cause shortness of breath, constrict or irritate the airwaves, wheezing or coughing. Some people also complain about minor headaches after therapy.
Halotherapy therapy is a complementary treatment and studies show it works well with any other medication you might be on. However, prior to any attempt, you should consult with your doctor. Research shows it is completely safe for young kids and pregnant women. You should not stop any medication without discussing with your doctor and should report any weird symptoms or development encountered during the process.

A doctor may recommend that you spend some time near a sea and wonder what's it for. When you inhale salty air, you are actually undergoing speleotherapy or halotherapy which help cleanse your breathing system. You might be surprised but many people who have been recommended to visit the Himalayas salt caves came back with different results.
When in its natural crystalline setting, salt acts as an antiseptic, anti-fungal, antibacterial and as an antiviral which is important when used to protect the epithelial cells. It consolidates pathogens, bacteria, and excess mucus so that your body can get rid of them easily.

Salty therapy is responsible for deep and relaxed sleep. It works in two ways. One, when fine salt particles are inhaled, it calms how you respond to stress. By controlling your stress, you are now able to produce sleeping hormones, melatonin at the right time. Secondly, it makes your breathing smooth. This makes you feel comfortable and you will not be struggling with sleep because of constricted air flow.

The main purpose of going through halotherapy is to get rid of irritants and allergy-causing particles or organisms. Salt therapy assists the body by thinning out mucus so that it can be eliminated easily and removing pathogens and irritants more efficiently.

A report by a lung institute in the United States showed apart from having anti-inflammatory properties, salt also reduces over-sensitivity of the immune system, IgE responses. This Reduces allergic symptoms and excesses production of tears and mucus among patients.

Himalayan salt produces negative ions as well. According to Web-MD, the ions are tasteless, odorless and invisible. When inhaled under certain environmental conditions, the ions cause the body to secrete serotonin, a chemical responsible for joyous mood and happiness. When introduced into the bloodstream, you will feel a boost of energy and have relaxed moments.

Gets rid of excess mucus in the respiratory system

Being sensitive to pathogens can cause excessive production of mucus which results in uneasiness, itching and watery eyes. This condition is very stressful and usually results in shortness in breath. When inhaled, fine salt particles will draw water in the airway, trap pathogens hence thinning out mucus. This will make it easier to clean hence making you feel comfortable.

What research says about salt therapy

Many people who have not tried the Halotherapy are quite skeptical about the alleged healing properties of salt rooms. However, research conducted in 2010 by CDC on 300 participants showed that symptoms of COPD, sinusitis and among other respiratory infections improved within 10 to 21 hours of the therapy. The institute conducted another research in 2017 for children aged 5 and 13 and suffering from asthma. The results were positive as multiple salt therapy sessions improved the children's health condition.
However, further research is still in place as excess exposure to salt particles for people suffering from asthma can have negative effects as well. According to STA, Salt Therapy Association, salt rooms are safe for children. However, women who are nursing or pregnant should consult the physician before trying Halotherapy. The organization also does not recommend salt therapy if you have an open wound, fever, contagious disease, active tuberculosis, brain disorder, hypertension or cancer.
It is important to keep in mind that salt therapy is a complementary treatment process. Therefore, it is not supposed to replace any medication. So if you are going to try it to heal a certain medical condition, consult with your doctor first.

The cost of a complete salt therapy session

Basically, any room can be converted into a salt cave when the necessary fittings are done. Factors such as appropriate ventilation and proper placement of the halogenarator should be in mind. In the current market, the price of a well-equipped halogenarator is between 7000 and 8000 dollars and can last for up to 5 years even when used daily.
For a client, a session may cost between $15 and $60. This will be determined by the size of the room, privacy and clients handled at a time. Marketing halotherapy therapy is easy and convenient given it is cost-efficient, it is not difficult to find clients.
An alternative to a halogenerator is the saltpipe salt inhaler. These handheld and portable devices are perfect for being able to reap the benefits of salt therapy without the large costs or the need to go to a salt mine or salt spa.

Salt therapy reacts differently on different people. However, reports and information obtained from questionnaires indicates that large number of people found it useful. If you are a musician or an athlete you should give it a try as it has shown to improve performance and reduce shortness of breath. Those suffering from sinusitis, allergies, inflammation and skin disorders showed great improvement.
For more information contact your all natural health care and PEMF therapy experts today!
Previous Post
Next Post

Now We Give a Free Stylish Carry on Bag worth of $160 and an OMI PEMF Medallion worth of $180 to your OMI PEMF Beyond mat, or Power Package. 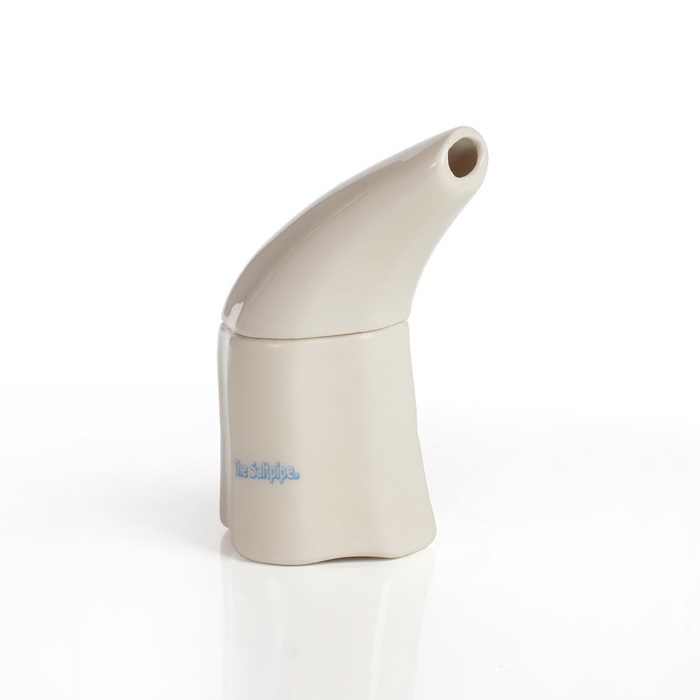